Governor Godwin Obaseki of Edo State, the quiet unassuming builder we cannot afford to gamble with -By Paul Nosa Ogiehor 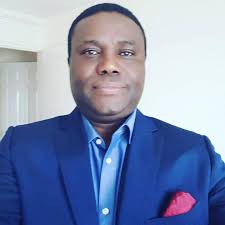 Governor Godwin Obaseki of Edo State, the quiet unassuming builder we cannot afford to gamble with -By Paul Nosa Ogiehor

Electioneering in Nigeria is mostly driven by sentiments not hard facts. Who can make the loudest noise? Who can run an intense campaign and who can outsmart the other in ground work mobilisation, etc? I have always said that builders don’t usually have their eyes on the next election round; they are focused on the next generation.

Builders don’t play in the slow lane of history; they are targeting long term investments that will transcend several generations. Governor Obaseki, in just under 45 months, has been able to lay the ground work that will transform Edo forever.

This sounds rather upbeat as people will say it is not in my usual style to sing praises of anyone let alone politicians with unpredictable mood swings, but throughout this campaign, I have repeatedly said I will endeavour to remain neutral and free to have the legitimacy that comes from expressing a public sentiment rather than an institutional interest.

In reaching this conclusion, I have carefully examined his actions and policy choices and I have narrowed my lens to these key challenges:

•total factor productivity growth, which is driven by technological progress and adoption;

•expanding the building blocks of development for others to build on.
The emerging facts are compelling and groundbreaking. There are, of course, many angles to look at his trajectory of growth from, without any insinuating bias or cloudiness of any kind. One of such area is to consider his scorecard against his predecessor with unfettered hope that his performance has been consistent and does hold in the long run, at least approximately, as is demonstrably the case, in the short and near terms.

Governor Obaseki’s development choices are less silos and less fragmented compared to his predecessors’ especially in approach and methods. There is clearly a blueprint of integrated development and a vision with a road-map that can be measured against.

One key performance indicator has been a shift in all major indices. In health, Governor Obaseki met a situation with 3 doctors to 10,000 people and has progressively improved that to now 8 doctors to 10,000 in a period of time when the national average fell from 2.5 to 2 to 10,000 residents. Though still less than the world’s average of 15 doctors to 10,000, that is a remarkable fete bearing in mind that all the other 35 states have seen a decline.

Just this morning, the National Bureau of Statistics (NBS) released quarterly unemployment figures. Governor Obaseki met Edo unemployment rate at 39 percent in 2016 and has progressively improved it every quarter since then. Q2 on Q1 (2020) saw a big jump from 25.1 percent to 19 percent despite the impact of COVID-19 and the spiral tailspin of global economic outlook since March of this year.

That is an unbelievable achievement. Nationally, unemployment has worsened. Edo now effectively has the lowest unemployment rate in South South geopolitical zone with Akwa Ibom at 45.2, Bayelsa at 27.8, Cross River at 31.6, Delta 40.3 and Rivers at 43.7. Edo receives the lowest allocation from FAAC compared to these states and has by far less collateral assets compared to them. Effectively, since 2016, Governor Obaseki’s administration, according to the NBS figures, has created a little shy of 250,000 jobs in a state that’s widely seen as a “civil service” state. Edo, starting from a lower level of economic development has demonstrated a better and faster catch-up potential than the rest of the states. A key outcome of the future prevalence of Edo State will be the sheer speed at which it is growing.

If this trend continues, by 2032, the size of Edo economy will be greater than all other 5 South South states put together, assuming it will continue to pursue broadly growth policies. The broad trends identified should be relatively robust to variations in those other states. That is transformational!

Nowhere has Governor Obaseki reforms been more profound than in the key sector of Internally Generated Revenue (IGR). In just only 3 years, IGR has grown by 500 percent making Edo the second revenue generator in Nigeria on per capital basis without layering the tax regime with double taxation.

In fact, tax-per-person, especially in the informal sector which was riddled with collection fraud and theft before he came, has actually been lowered. Commercial bus drivers, who used to pay 2400 Naira per day to Agberos, now pay only 800 Naira per day directly to government through the POS system.

Governor Obaseki’s adoption of technology in this area has not only stopped the fraud but it has lowered the tax burden on individual contributors and has at the same time increased revenue generation to treasury five-fold.

If Edo can sustain the right kind of institutional framework to support growth, as it is currently doing, in 5 light years, Edo will increase its IGR to twenty times its current level and the spiral effect of that will be unprecedented economic growth never before experienced anywhere in the global southern hemisphere.

I can take a bet on that!

A recent World Economic Forum (WEF) report described Edo pivotal reforms in basic education as transformational. Better known as EdoBEST, this reform program in education has drawn the attention of world leaders and it continues to be the benchmark for other states to key into.

The WEF said teachers in Edo are able to do in a semester what they used to teach in 5 years. This is not only driven by technology but as well, by process re-engineering of the five pillars of work: governance, teacher training and development, community partnerships, infrastructure, and the local education board. The impact is phenomenal.

Several institutional reforms in several sectors are all coming together as ONE VISION birthing growth programmes like Edo Innovation Hub, Edo Industrial Park, Edo Land Reforms (GIS), too numerous to mention. Not to mention the recently commissioned OSSIOMO Power project that will free up 55 megawatts of energy to the national grid. 4 states, including Edo and Ondo that BEDC currently serves, together have a capacity of 40 Megawatts. OSSIOMO would have been enough to power 24 hours of uninterrupted electricity in Edo if not for the shared national demand. Governor Obaseki is building clusters of many power projects to target specific public buildings and services. And you have a strand of numerous projects with huge economic impact that are either nearing completion or at implementation stage.

Gelegele Seaport will redefine business transactions for Edo and Delta states when completed. The refinery at Ologbo will fuel the engine of further growth and that is at 70 percent completion. The whole landscape is dotted with one huge economic project or the other. Edo is on the right track and given another few years with same mindset and trajectory, the story will be different.

If we do not get it right in this election, we will all live to regret it and generationsto come, will bear the brunt.