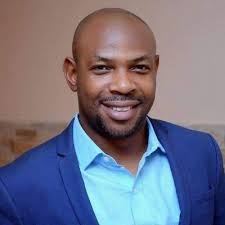 In the course of an interview with the New York Times, Republican presidential candidate Donald Trump had his foreign policy boiled down to two words: “America First.”

In an exchange prompted by the Times‘ David E. Sanger, who was the first to use the phrase in the course of the interview, Trump said that he was “not isolationist” but that he was, in fact, “America First.” “I like the expression,” the candidate said. “I’m ‘America First.’”
Trump explained that what he meant by the idea was that his administration would prevent other nations from taking advantage of the United States. This is quite similar to Obaseki’s campaign thrust, which is “Edo First”.

While Trump is fighting off external interference and domination, Obaseki is fighting off Internal interference and domination from local politicians who have over the years been immersed in politics of patronage and mindless money sharing. Obaseki’s “Edo First” is not popular amongst politicians in Edo State. It is a clear departure from the misuse and abuse of political office that has become the norm in our clime.

The “Edo First” policy is based upon the belief that the destiny of a state lies in the strength and character of its own people. It recommends the prioritization of our people over politicians or any vested interest. It demands faith in an independent Edo destiny. This is the thrust of Obaseki’s campaign today. It is a policy not of isolation, but of independence; not of defeat, but of courage.

It is a policy that led this state to success during the most trying years of our history, while being led by the likes of Ambrose Ali and Samuel Ogbemudia and it is a policy that will lead us to success again. We have weakened ourselves for many years, and still worse, we have divided our own people with the recent fight in APC that led Governor Obaseki out of APC to the great PDP. While we should have been concentrating on Edo people, we have been forced to argue over godfathers and godsons. However, the fight is ending and the people is winning and hopefully the final nail on the coffin for those against “Edo First” will be hard hit on the 19th of September.

The clearest reality of “Edo First” is the shift from “business as usual” to “Obaseki means business”, where Edo money is now meant for Edo people and with this, he has executed several Edo-Centric projects to the consternation of even Edo citizens. Today, Obaseki has constructed and reconstructed more roads in Edo State in a single tenure than any other governor in the history of Edo State. The Civil service reform is once again a testament to “Edo First”, where the governor has built the best secretariat in sub-Saharan Africa- this secretariat is a masterpiece that houses a treasury house, Civic Centre, supermarket and a nursing home. He also ensured that workers receive their salaries on the 26th of every month.

He cleared backlog of Pension Arrears and ensured that no pensioner ever protest again before receiving what rightfully belong to them. The Judges were not left out as they are now happier with a brand new high court and judges quarters. With workers confidence and self assurance hitting the roof as a result, there is now more effective communications and collaborations amongst different arms of governments, ministries and agencies and the outcome of this is more success, growth and development of Edo State and Edo people.

To further demonstrates that “Edo First” is real, Obaseki went on to Land reforms, the biggest elephant that other administrations have shied away from, because of vested interest, but with smooth and deft collaboration with our revered monarch, Obaseki struck a landmark deal to abolished the notorious Community Development Agencies (CDA) who for ages have become the biggest stumbling block to the development of Edo State.

He quickly moved to sign into law a bill prohibiting forceful and illegal occupation of landed properties by CDA thereby providing conducive environment for investment to thrive in the state. Governor Obaseki didn’t also stop at merely signing the bill into law, he went further to establish the Edo Geographic Information System (EdoGIS) in order to resolve land and boundary disputes. Today, with a token, you can get you Certificate of Occupancy (CofO)within three months as against what was obtainable in the past where you pay N400,000 and still won’t get it in 5 years.

With the land reforms put in place, Obaseki didn’t just only strengthen the ease of doing business as recently affirmed by the world bank, which has seen Edo play host to the largest poultry farm in the south-South region as well as increased Foreign Direct Investment (FDI), he also opened up housing opportunities for our people, which was hitherto locked down by the notorious CDA.

Another evidence of “Edo First” is the Edo production centre. it is an initiative through “Edojobs” to create an enabling environment for small scale production and industrialisation in Edo state.

The Edo production centre is a multi purpose production centre established to support small and medium scale businesses in the state to thrive by reducing the cost of production, in order to make huge profits. The industries in Edo Production Centre are Welding and fabrication, Recycling and waste management, Polythene making, Printing press, Clothing factory, Bakery and confectionery etc. Goods at the production center have been made extremely affordable because of the services provided by Governor Obaseki.

These gains recorded was done on the idea of “Edo First” and our people have become proud of Edo again. We must remain in this path of progress and pride. We cannot reverse these gains for politics of patronage and mindless money sharing. Governor Obaseki has decided that Edo money will be for Edo people and Edo jobs for Edo people. In the part two of this series, I will be focusing on other sectors of the economy where “Edo First” has taken pre-eminent and how Governor Obaseki is gradually making Edo the business hub of Nigeria.