Obaseki’s achievements and vision for a better, greater Edo 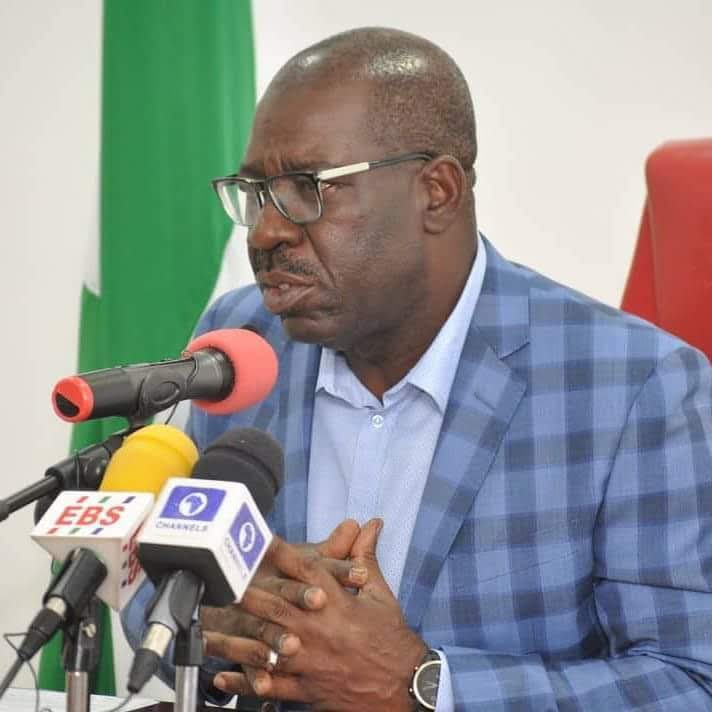 *Obaseki’s achievements and vision for a better, greater Edo*

Governor Obaseki in his first term defined a niche for himself in Nigerian politics, building a brand centered around people-centric reforms, emplacing strategic approach to governance and evolving a modern philosophy for public policy.

Since 2016 when Mr. Godwin Obaseki served as Edo State Governor, he has inspired a new approach to governance, bringing to bear on the state’s affairs his impeccable flair for prudent financial management, undiluted taste for quality projects and a commitment to the enhancement of the wellbeing of society through well-thought out policies, programmes and reforms.

The governor started off by identifying six planks upon which his interventions in the state’s political economy would rest. In four years, the governor studiously followed through with the plans in remaking the post-modern Edo State, which aspires to become an investment hub propelled by its strategic geographic advantage, a vibrant and aspirational youth population and a rich, diverse cultural heritage that dates back several centuries.

These dynamics have propelled investments in institutional reforms, sports development, industrialisation, education and health reforms, infrastructural development, skills development and job creation and far-reaching civil-service reforms as he has promised Edo people to consolidate on these reforms and programmes in the second term.

In the last four years, the reforms have resulted in the training of over 11,356 teachers on digitally enhanced pedagogy; educating over 270,000 pupils in more than 900 public primary schools across the state; training over 11,500 School Based Management Committee (SBMC) members and distributing over 1,140,000 learning materials to pupils.

The state governor has concluded plans to roll out the plan in the junior secondary school sector to capture more children in the state.

The milestone achievements recorded by the Governor Godwin Obaseki-led administration in various sectors of the state’s economy are pinned on the governor’s resolve to overhaul road infrastructure across the state, open up new towns, improve ease of doing businesses, enhance access to rural areas and consolidate on his administration’s urban renewal vision.

The governor has in the last four years embarked on road construction projects in each of the 192 wards in the 18 LGAs of the state, with each of these roads either completed or in various stages of completion. So far, the state government has built over 800 roads, which stretch for about 2000km. While the State’s Ministry of Infrastructure constructed about 200 roads, which stretch for 700km, the state under the various streams of the Edo State Employment and Expenditure for Result (SEEFOR), constructed over 400 roads, spanning about 1300km across the state.

With a daunting vision to recast Edo State as an industrial hub in Nigeria, Governor Obaseki is pulling every string available to attract investors, build local capacity, engender industrial growth and create wealth for the state and its people.

The governor has pursued this over the last three years delivering on top-notch projects, with a clear-cut strategy to harness the state’s human and natural resources to reposition it for industrial revolution and economic expansion.

On the top of avalanche of projects to reposition the state for industrial growth is the Edo Production Hub, a facility that has now turned out to be the life-line to other industrial projects, serving as a lynch-pin for launching the state into its industrial age.

Others are Edo Innovation Hub, Benin River Port, Emotan Gardens, CCETC-Ossiomo Power Plant, and the Edo Industrial Park, among others.

Edo State Government continues to drive development in the sports sector with the focus on building strong institutions, solid infrastructure and a robust grassroots development strategy to ensure sustainable outcomes.

The sports sector in the state is regulated by the Edo Sports Commission, an agency backed by a new law enacted by the Governor Godwin Obaseki-led administration.

The newly rebuilt Samuel Ogbemudia Stadium is a testament to the government’s commitment to revamping sports in the state and promoting an aggressive sports development plan. Five out of the 20 mini-stadia being built across the state have been completed.

Governor Obaseki in repositioning the state for growth, identified the need for efficient and functional bureaucracy as the fulcrum upon which development in the state would revolve.

The governor commenced civil service reforms by ensuring that those who work hard for the growth and development of the state are assured financial security, as their monthly salaries and other emoluments are paid promptly.

As a matter of fact, on the 26th of every month, all workers in Edo State get their salaries. Pensioners aren’t left behind in this reform as they receive their pensions as and when due.

This doesn’t only sustain the pensioners but provides hope for civil servants who are assured that once they retire from service, their emoluments will be promptly paid.

To improve productivity, the state government embarked on massive construction of new offices and secretariats for the workers, including the completion of Blocks C and D in the Secretariat Complex with the Treasury Building.

The two blocks were abandoned for over 40 years. The John Oyegun Public Service Training Centre is 95 percent ready. At the facility, workers in the state’s civil service are to be consistently trained on a weekly, monthly, quarterly and annual basis.

These trainings are essentially for retooling and equipping workers with the right skills and capacity to do their jobs.

The Edo State Agripreneur programme, which commenced in 2017, is part of the Governor Obaseki-led administration’s strategies to boost Micro, Small-scale and Medium Enterprises (MSMEs) and sustain current youth-focused agricultural initiatives in the state.

Under the scheme, over 10,000 hectares of rice, maize, cassava, soybean, and other crops are being cultivated in Agenebode, Warrake, Usugbenu, Iguoriakhi and Sobe.

There were over 55,000 young beneficiaries while nearly 20,000 jobs were created under the initiative. In addition, the Edo Food and Agriculture Cluster (Edo-FAC) in Ehor, Uhunmwode LGA has benefited over 1,300 farmers. There is also a farm mechanisation programme for commercial agriculture in the state.

With the outbreak of the coronavirus in the state on March 23, 2020, Governor Godwin Obaseki, initiated nuanced measures to tackle the pandemic, basing his decisions on the need to protect the people not only from the virus but also from the economic headwinds that would result from efforts at curtailing the spread of the virus in the state.

The state government has so far trained over 4200 health workers who are in the front lines of the campaign against the pandemic; provided life insurance and hazard allowances ranging from N90,000 to N300,000 for health workers; screened over 500,000 and tested of nearly 10,000 persons across the state and set up over 18 screening centres across the state, with five additional ones at borders with Delta, Ondo and Kogi States and another 8-mobile screening centres moving around wards in local governments to screen and collect samples for testing.

Edo has acquired 5 PCR machines; 10,000 Viral Transport Medium (TVM);28 ventilators, mobile x-ray machines, oxygen concentrators, among others and provided relief packages for at least 90,000 most vulnerable households in the state.

As at today, the Obaseki-led government has constructed over 300-bed capacity isolation centres spread across different health facilities in the state, with the Stella Obasanjo Hospital contributing over 42-bed Intensive Care Unit (ICU) and 156-bed holding facility; UBTH with 48-bed ICU-equipped isolation centre, and others at the ISTH, Auchi General Hospital and Ogbe Nursing Home in GRA, Benin City.

With a vision to achieve economic prosperity for Edo State and a modern and progressive state where every citizen is empowered with opportunity to live life in its fullness, the the commitment and focus of Governor Godwin Obaseki is a 12-point Agenda crystallised into a MEGA Project, which is a blueprint for Making Edo Great Again.

These key pillars, according to Governor Obaseki is “alive to the challenges of today and the future, with specific policies and programmes tailored to reflate and stimulate the state’s economy and ensure better livelihood and prosperity for Edo people.”