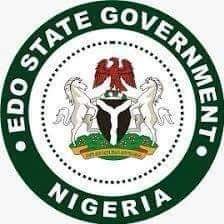 The Edo State Government has reassured residents that the ongoing dualisation of Ekehuan Road in Benin City would be completed on schedule, charging the contractor handling the construction to expedite work on the road and ensure speedy completion of the project.

Permanent Secretary, Edo State Ministry of Infrastructure, Engr. Ferguson Enabulele, gave the assurance when he led other staff of the ministry on an inspection tour to Ekehuan Road to ascertain the level at work done.

The road, which leads to the site of the Benin River Port project, on completion would boost infrastructural development in the state in line with the Governor Godwin Obaseki-led administration’s promise to upgrade infrastructure and drive urban renewal in the state capital.

He said that the first phase of the project, which is erosion control courtesy of the construction of the underground drainage system, would tackle flooding problems in the area.

The Permanent Secretary also noted that there are five major low areas along the alignment, noting that the ministry has interfaced with leaders of the host community to identify some areas which can be developed and constructed as receptacle ponds where the water could be channeled to for absorption.

On her part, Mrs. Josephine Arese, a shop owner on Ekehuan Road, expressed gratitude to Governor Obaseki for the massive work done on the road and expressing optimism that there would be improved business patronage on completion of the road.