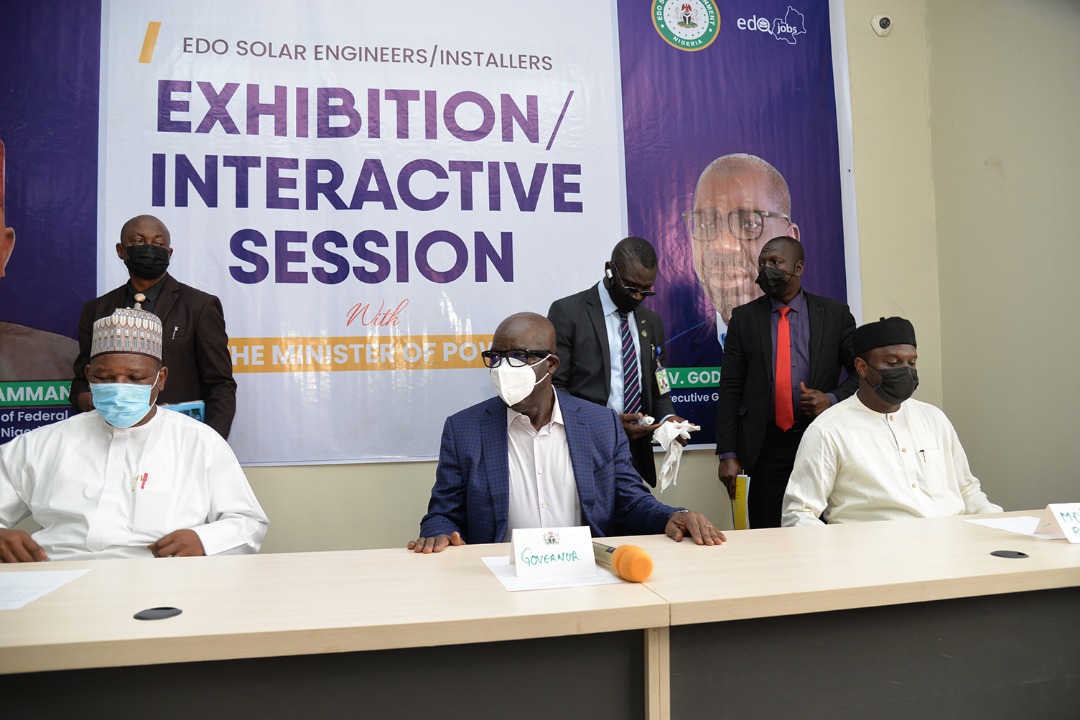 The Edo State Governor, Mr. Godwin Obaseki, has called for more investment in renewable energy as an alternative power solution to mitigate the inadequate power situation in the country.

Obaseki stated this during an interactive session with the Minister of State for Power, Mr. Goddy Agba, and members of Edo Solar Engineers and Installers in Benin City, the state capital.

He continued: “I went round the 192 wards of the state during my electioneering campaign and most of our communities were in darkness. I made a promise to them that we were going to bring light to them.

“We are a government of light, and therefore, we are going to partner with the Federal Government and the Rural Electrification Agency to make sure that light gets to our people,” he assured.

The governor informed the Minister that the state government would soon set up a renewable energy cluster opposite its Production Hub where solar engineers would be aggregated.

He called on the Minister and the Rural Electrification Agency to provide support to ensure the cluster flourishes.

Earlier, Agba noted, “The Federal Government is interested in developing solar power in one community at a time; the one we went to yesterday is an example of that.”

One the solar installers, Mr. Fabian Ohaneche, called on the Federal Government to engage the services of local solar energy installers in repairs and maintenance of installation by the Rural Electrification Agency.