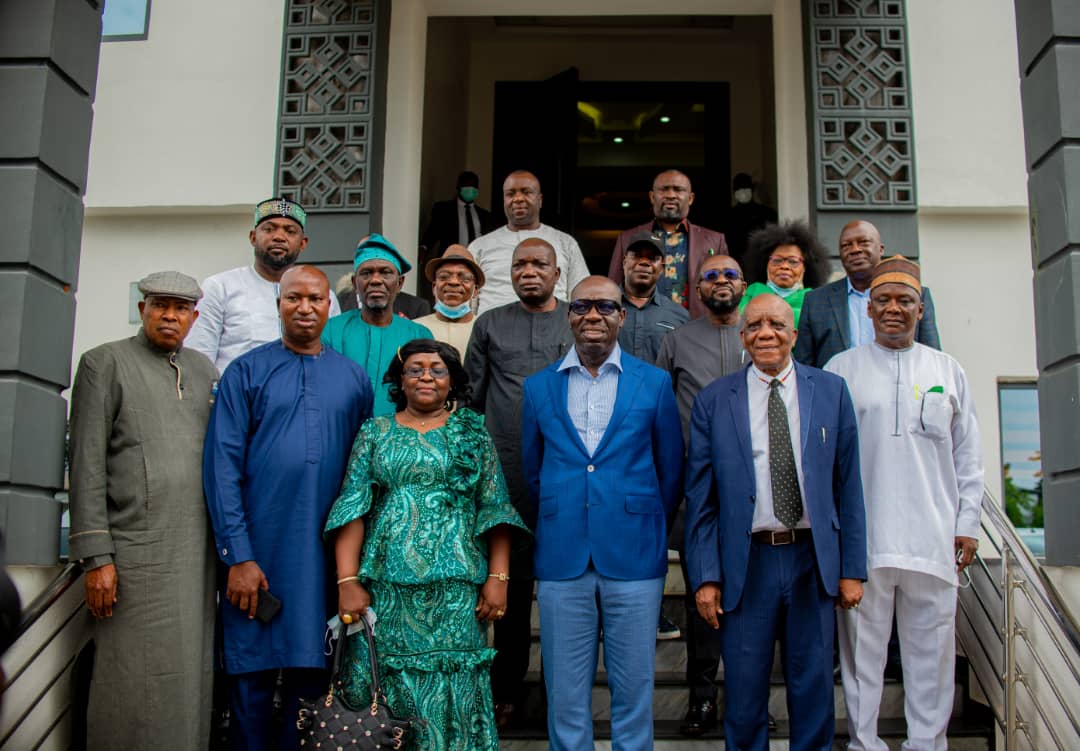 The Edo State Governor, Mr. Godwin Obaseki, on Friday received names of screened political nominees to be appointed into his cabinet, with the assurance that the government will appoint only those who are committed to supporting the administration’s agenda of developing the State.

Receiving the report of the 15-man committee led by Prof. Dennis Agbonlahor, at the Government House in Benin City, Obaseki expressed satisfaction with the job done by the committee.

The governor noted: “We must have a clear demarcation between political and technical roles in government. The purpose of political appointments in government and the role of civil servants are different and should not be mixed.

“Political office holders set the agenda following the mandate given to them by the electorate. They come into office to give directions while the civil servants do their work, as they work together in harmony to develop the State.”

Obaseki said the reason for the screening exercise is to bring in politicians with the mentality to serve the people rather than politicians who will come to frustrate the system and steal the resources of the State.

According to him, “they must have the interest of the people at heart, participate in the development of their communities, and support the administration’s agenda to develop the State.

“Political appointees must deliver on their responsibilities and duties as they will be evaluated based on their performance. Our party is working to ensure that we carry everybody along.”

“We must win the heart of our people by fulfilling our electioneering promises and ensure our party continues to serve Edo people,” he added.

He thanked the Committee for helping the State build a database of people believed to be politically active and ready to serve Edo people, adding, “We would continue to add to this list and database as it will enable us to reach out to others as not everyone will get an appointment now; I believe that the expansion of our policies will create room for more appointments into our government.”

L-R: Edo State Governor, Mr. Godwin Obaseki; Chairman of Screening Committee for Political appointees, Prof. Dennis Agbonlahor and a member of the committee, Hon. (Barr) Akhere Ugbesia, after the committee presented their report to the governor, at the Government House in Benin City, on Friday, July 23, 2021.