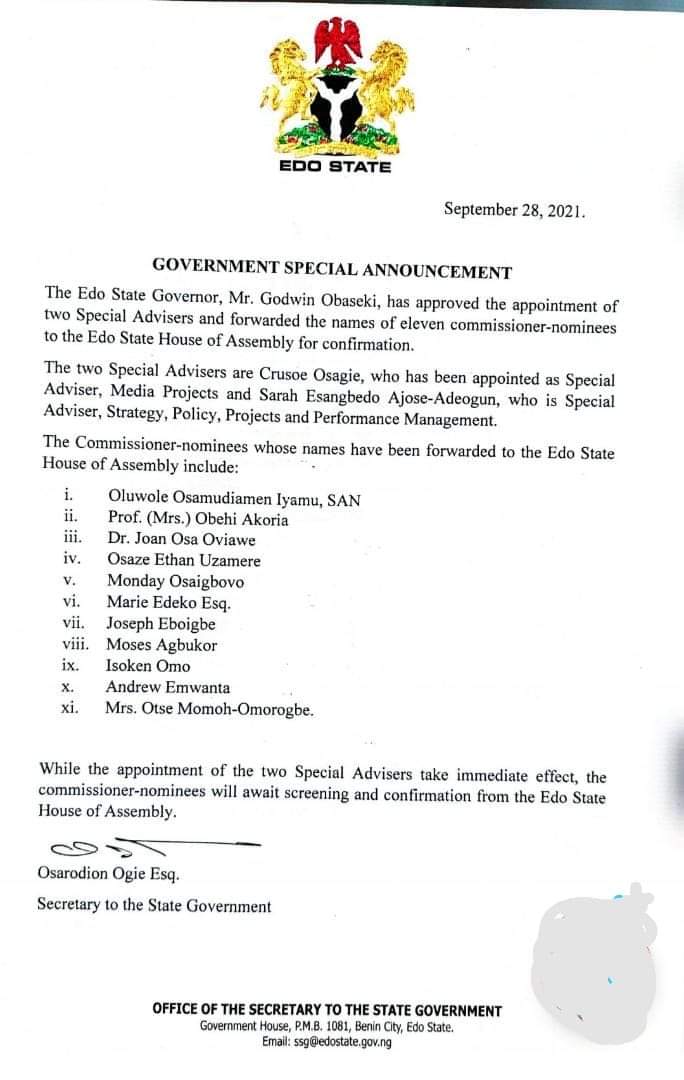 The Edo State Governor, Mr. Godwin Obaseki, has appointed two Special Advisers and forwarded the names of eleven commissioner-nominees to the Edo State House of Assembly for confirmation.

Osagie, a media expert, has over two decades experience in journalism and public relations practice. He served as Special Adviser on Media and Communication Strategy in Governor Obaseki’s first term in office.

Ajose-Adeogun, a former employee of Shell, is an accomplished professional with over two decades of multidisciplinary experience in the oil and gas industry. During her distinguished career in the oil industry spent in Shell Petroleum Development Company, and its other subsidiaries, Sarah was involved in various transformation initiatives that generated sustainable value across social performance, information technology and local content disciplines.

While at Shell, Sarah deployed technology applications for management of over USD2 billion investment funds and managed the Pension Fund digitization programme, among other projects.