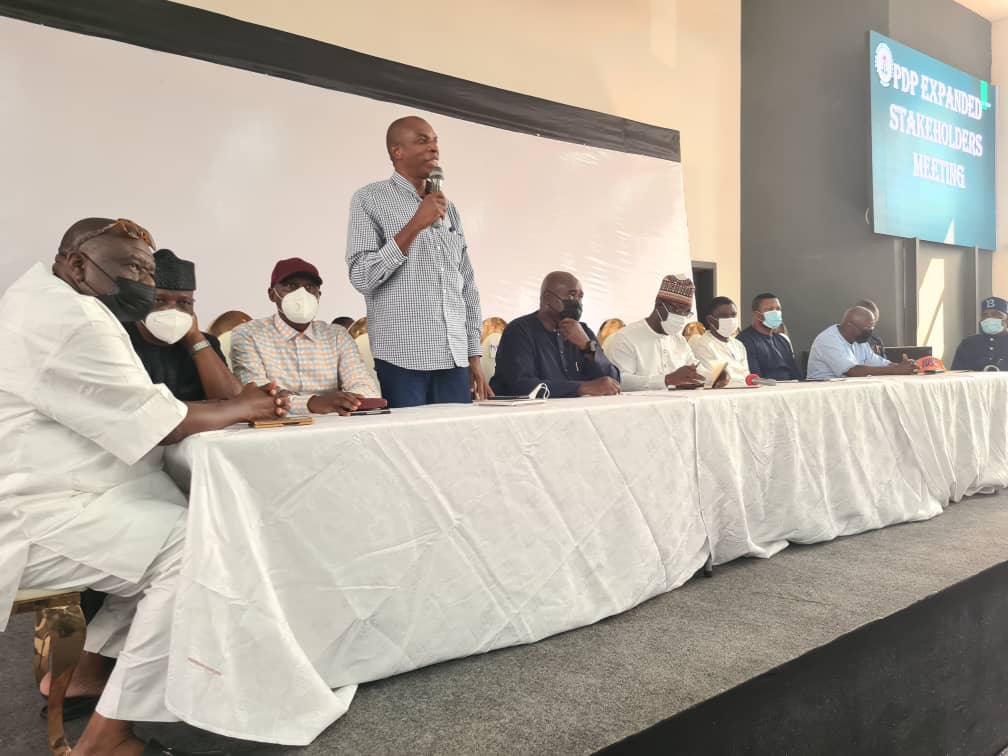 The Edo State Chapter of the Peoples Democratic Party (PDP) at the weekend held an enlarged stakeholders meeting for harmonization ahead of the party’s National Convention slated to hold at the end of October 2021.

The meeting, which was held at New Festival Hall in Government House, Benin City, was attended by the Edo State Governor, Mr. Godwin Obaseki, his deputy, Rt. Hon. Comrade Philip Shaibu, and other top party leaders in the state.

Speaking to journalists after the meeting, Obaseki noted, “PDP is organising its convention at the end of October and this meeting is to prepare us for the convention. There were few house-keeping issues that we needed to discuss and clear, so it was important to get everybody across the divide to have a session like this, to get feedback and also take decisions on what to do and make progress in the state.”

According to him, “the meeting went well as our members are glad that PDP is back to Government House in Edo State and committed themselves to supporting the work of the government, this administration and leaders of the party. We want to ensure that we provide the services that we promised our people during the electioneering.

“Naturally not all will be happy in a situation like this and we have tried to address some of the concerns of our people who feel unhappy as a result of certain things that may have happened.”

“The key issue was that of harmonization, seeing how to bring in all parties to the table to have an expanded party in the state. The commitment obtained from them is that within a week, those areas not cleared will be dealt with and they will come back to me with their resolution,” the governor disclosed.