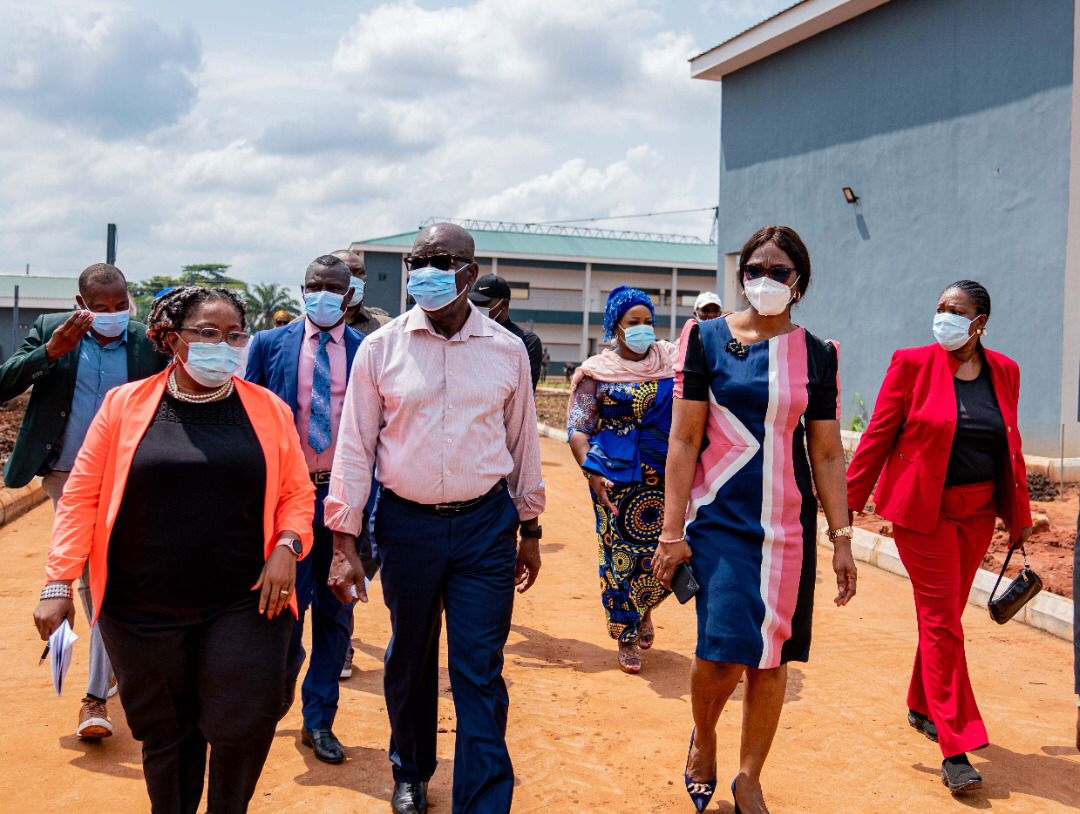 Obaseki disclosed this during an inspection of facilities at the institution ahead of the accreditation team’s visit this weekend.

The governor, who expressed satisfaction with the pace of work at the institution, noted, “This work is 95 per cent ready; we expect that before the end of the month, it will be fully ready and by the middle of November 2021, we would have received full accreditation and students who have gone through the admission process will resume.

“Rebuilding the nursing school to international standard has become key for this administration; it’s what has translated to what you see here today.”

According to him, “We are here for a pre-accreditation visit as the accreditation team will be here this weekend. I am here today to see things for myself and to ensure it’s ready for the team to inspect. Staff have been recruited; work on the physical structure is on; equipment for the demonstration laboratory has been purchased and by weekend, all of these will be installed.”

Obaseki, who reassured his government’s commitment to ensuring the health of Edo residents, said his administration’s continuous investment in the healthcare sector will dissuade the people from health tourism, adding, “We don’t make noise about our projects but the people should be the ones to commission the projects themselves.”

He stated: “We have continued to make improvements in our human capacity development. As a government, we will continue to build the human capacity of our people as physical infrastructure alone will not do it.

“Doctors are only one segment of the healthcare chain as nurses are key elements of the chain; they provide care after the doctors have done their consultations and operations.”

Obaseki continued: “This is part of the medical hub that we are putting in place in Edo State. We have put in place the health insurance scheme; we would be laying the foundation for expansion of Stella Obasanjo Hospital to provide additional healthcare services to Edo people.

“The Federal Government will be building an orthopaedic hospital in the same location. We are talking to investors that want to build another mother and child hospital; a state-of-the-art diagnostic centre is also coming in there.”

He further stated: “The pandemic has unravelled the weaknesses of our healthcare system and it has prompted our administration to focus on the system. We are all witnesses to what happened during the pandemic last year. With COVID-19, no matter how rich you are, when you are sick, you have no chance of leaving the country.

“The pandemic raised the fundamental issues whether we can continue like this as a state, seeking for our healthcare needs outside the country or state.”

On her part, Prof. Akoria noted that the building of the state-of-the art-facility will boost human capacity development and ensure the needed change in the healthcare system in Edo State.

One of the lecture halls at the rebuilt Edo State School of Nursing and Midwifery in Benin City, Edo State.

The library at the rebuilt Edo State School of Nursing and Midwifery in Benin City, Edo State.

A view of the library at the rebuilt Edo State School of Nursing and Midwifery in Benin City, Edo State.

One of the offices for staff members at the rebuilt Edo State School of Nursing and Midwifery in Benin City, Edo State. 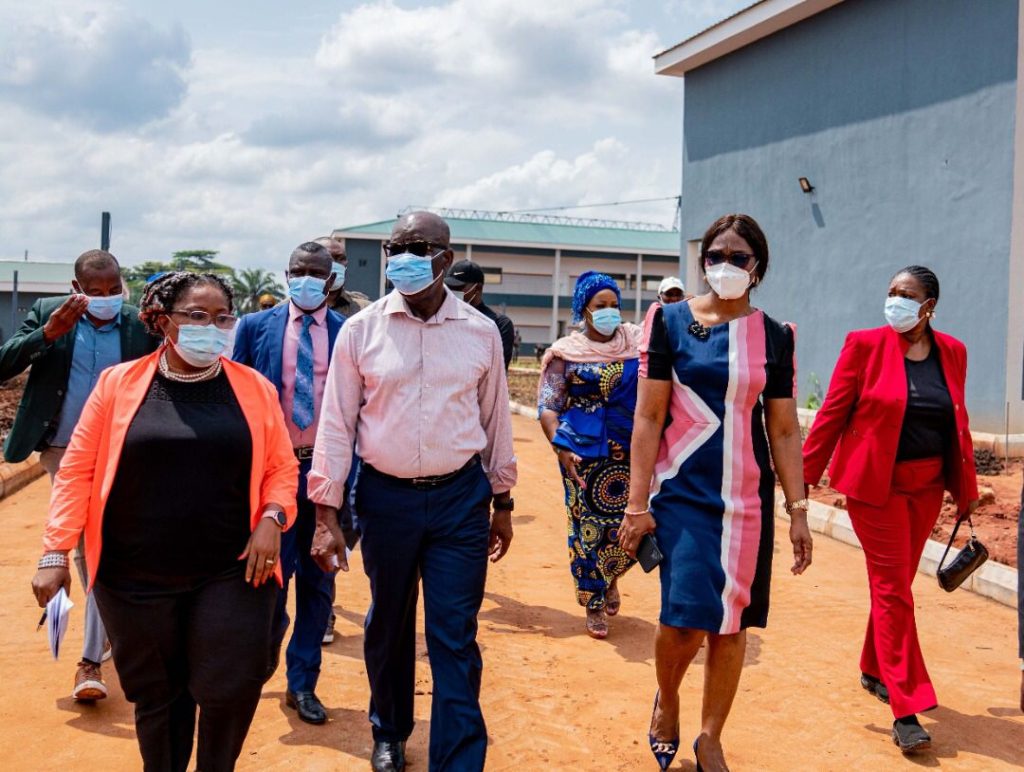 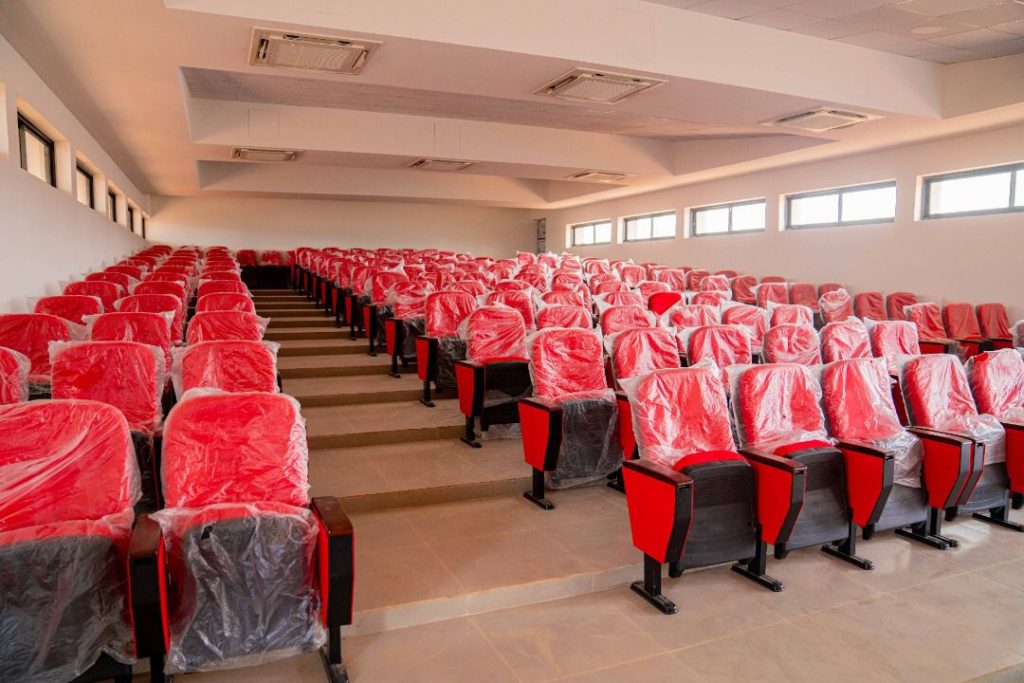