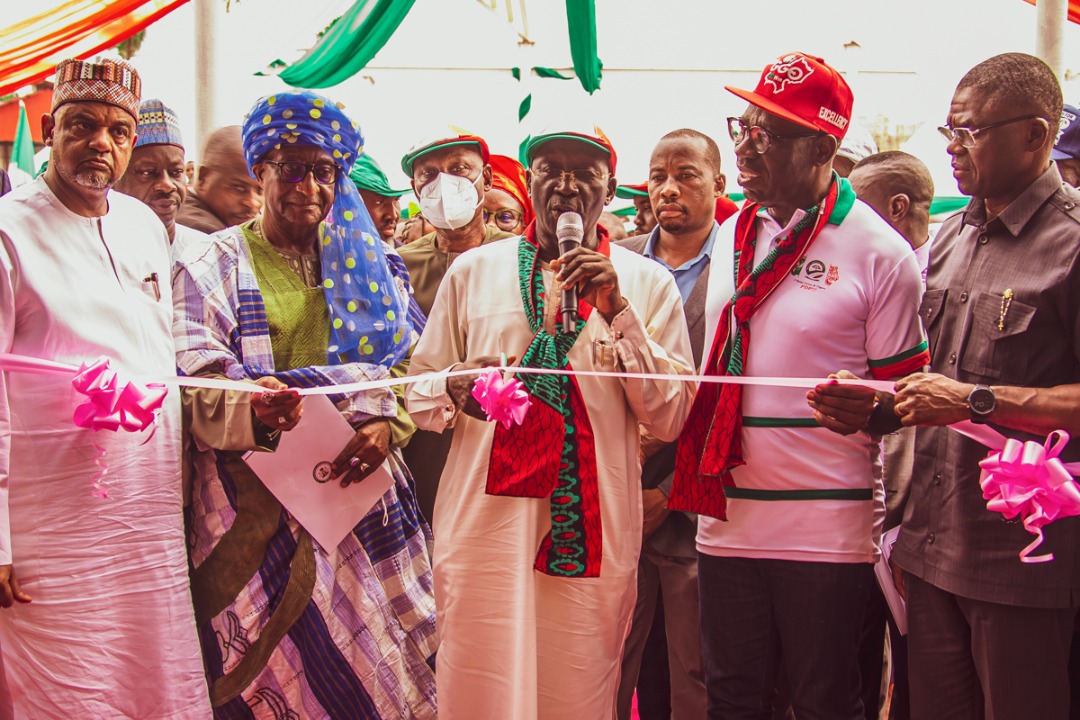 The Edo State Governor, Mr. Godwin Obaseki and the National Chairman of the Peoples Democratic Party (PDP), Sen. Dr. Iyorchia Ayu, on Thursday, commissioned the Benin Central Park Terminal, an ultra-modern 700-bus capacity terminal to bring a new lease of life to the city’s transport scene and ensure an efficient commute service in the metropolis.

The governor and his visitor also commissioned the Edo State College of Nursing Sciences, in Benin City, and a pedestrian jetty with a waiting lounge, an ultra-modern marine police base, as well as armoured guns and speed boats, in Ologbo, Ikpoba-Okha local council.

Ayu, who performed the inauguration of the park at Obakhavbaye axis of Ring Road, Benin City, hailed Governor Obaseki for delivering the dividends of democracy to the people of Edo State.

According to him, “This project is a great landmark in Edo. People will not forget you for the great development you have brought to the state.

“You have not neglected the people. I see the happiness in their faces and it shows that PDP is the party for the people. All PDP Governors are performing and you have, again, proved that with this great development.”

Noting that the PDP was the party to rescue the country, the national chairman stated, “Last week, over 200 people were killed in Kebbi State and it is now recurrent in the country. If we allow this to continue, soon, there will be no Nigeria.

“We are working on our manifesto and are ready to take over power at the national level in 2023. Our people are poor and we want to take them out of poverty. Our target is to fight poverty, not to fight ourselves for political power.”

On his part, Obaseki noted, “We have undertaken a transportation study and decided to have several bus terminals, starting with this central bus terminal which will be able to deal with 700 buses.

“This is the first phase and within the next 12 months, we hope to complete phase two, which will deal with about 1,400 vehicles at the same time.”