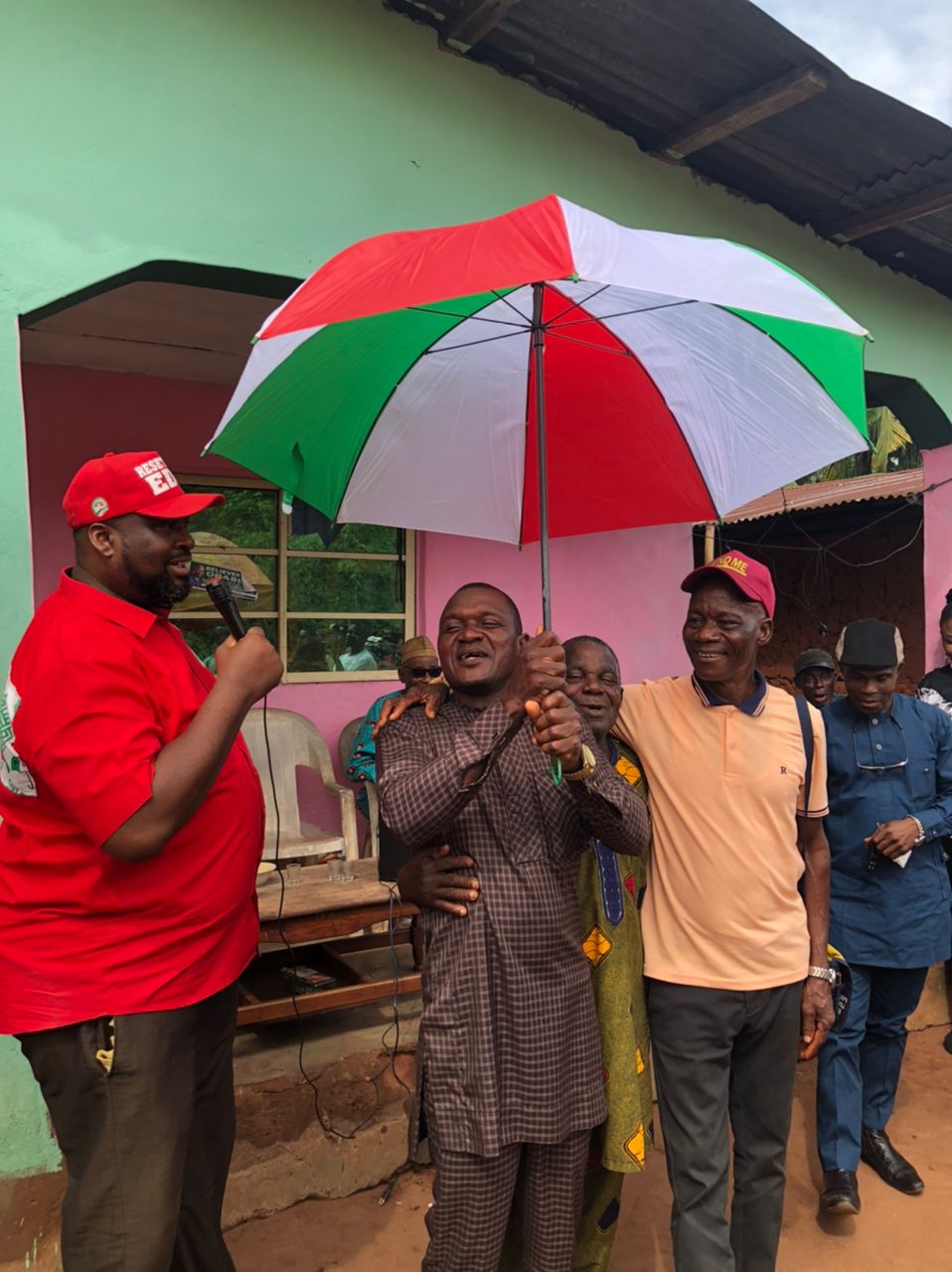 It was a sad day for APC in Ugbeka ward in Orhionmwon local government area of Edo State, as more of their already depleted membership, including Godspower Ojoegba, Otasowie Omoregie, Anthony Aghayere, and Osasere Ewansetin to mention a few, led hundreds of their supporters to decamp to PDP on Sunday, 26th June, 2022.

Receiving the decampees, the Honourable Commissioner for Youth and Humanitarian Affairs, Mr. Chris Osa Nehikhare, thanked them for their decision to join the Peoples’ Democratic Party, PDP, assuring that they would be granted equal opportunities as all members of the party.

The decampees who are mainly the political pillars of Obagie, Evboehigae and Ama line communities in Ugbeka ward appreciated the role Hon Chris Osa Nehikhare is playing in attracting government presence to their communities since the entronment of a PDP led government in the state. For recognising their son and making him a commissioner, they pledged their loyalty and total support for the Governor and the party, PDP.

In his response, Hon Nehikhare, declared; “today, operation sweep-up Ugbeka has began” He said the political heavy weights that missed the last train in 2020 have now joined PDP, and advised the few left to renounce their membership of APC, so that they can realign, readjust and reintegrate with the party that mean well for Edo and its people.”

“We are not welcoming you by lip service, but from the bottom of our hearts. I can assure you that working together will ensure continuous good governance in Edo State under the leadership of Governor Godwin Obaseki.”

“Now that you have dumped the rickety old worn out broom, the Umbrella has become more Potent. The Umbrella will be deployed to provide comfort.”

“The comfort the Umbrella provides will accrue to all who are members of PDP.”

The decampees were thereafter formally received by the ward chairman, Mr John Ono, who presented them with the Umbrella, the symbol of the Peoples’ Democratic Party, PDP.